Be still my beating heart….

It was only a few weeks ago that I was in Paris and not long after that I posted this blog about Paris. It seems appropriate to repost it today.

Paris – we mourn for your huge loss. We are so very, very sad.

Source: Be still my beating heart….

Comments Off on Be still my beating heart….   |  tags: Paris | posted in art

Be still my beating heart…. 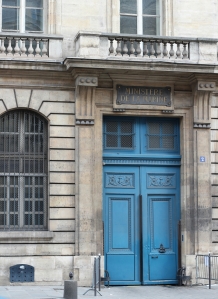 Paris…what possibly is there to say about Paris that has not already been said during two thousand years of poets, artists and philosophers?

Paris…my adoration of you grew like a slow burn from indifference into an intense love affair…my first impressions being unfavourable and pinged with disappointment at the dirty streets, graffiti and general lack of seeming pride in the city. It seemed full of smokers, crazy drivers,  chaos and litter….yet a mere few days later, on departure,  the only emotion I felt was frustration…frustration that I had barely scratched the surface of this incredible city….frustration that there was so much I had not yet seen, experienced, or done….I felt like it all started to  make sense, this crazy city with its achingly beautiful architecture, it’s uniquely French sense of space, symmetry,  colour, the uniformity  and formality of the trees and park spaces and buildings, the absolute prettiness and uniqueness of the doorways and windows….such a contrast to the crazy people and traffic filled chaos of the streets.

If there is a city I must come back to, this surely is it. Paris,  you have got under my skin and into my heart and now I can’t stop thinking of you.

Comments Off on Be still my beating heart….   |  tags: city centre, Paris | posted in art